Management is responsible for the company’s strategic growth, talent development and financial performance. Our management team strives to build a company committed to strengthening the country’s food security while taking good care of our land, implementing innovations and helping communities develop and prosper. Every member of the management team brings in a wealth of experience in the farming sector, each in their own area of specialisation. They are working together to turn the Ukrlandfarming Group into a reliable food supplier, a trusted partner for buyers in Ukraine and other countries. 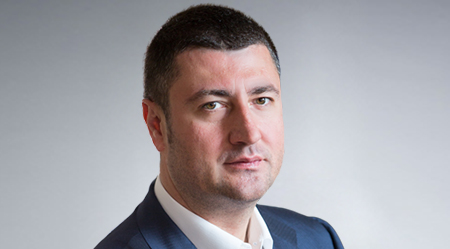 Chairman of the Board of Directors

Oleg also owns business in the financial and transport spheres, industries, and in the production of food and real estate. Ukrlandfarming Group is one of his largest businesses. Oleh Bakhmatyuk initiated a creation of a charitable foundation named in his honor. Earlier, Oleh held executive positions as director of Prykarpatska Finance Company LLC, president of Stanislavska Trading Company LLC and deputy chairman of the Board of NJSC Naftogaz Ukraine since 2005 through 2006.

Oleh Bakhmatyuk graduated from Chernivtsi Economic and Law Institute, specializing in Business Management in 1996. He received a second higher education in Ivano-Frankivsk National University of Oil and Gas, and gained a degree in engineering, physics and management in 2005. 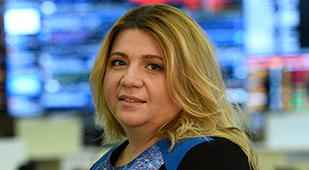 Halyna has held a position of the operational director since 2008, the overall experience of working in ULF is 10 years. Previously, she held senior positions in UkrMiaso Financial and Consulting Group (2007-2008), was Deputy Chairman of the Ivano-Frankivsk Meat Processing Plant (2005-2006), and Chairman of the Board of JSC Leather Plant Svitanok (2004 - 2006), Director of Ivano-Frankivsk Sausages state enterprise, head of the commercial department of Prykarpatska Financial Corporation LLC (2001-2004), deputy chief of the commercial department of Ivano-Frankivsk meat processing plant (1999-2001).

Graduated from Kalush Chemical Technology College and Vasyl Stefanyk Precarpathian National University and received the specialty in Accounting and Audit. 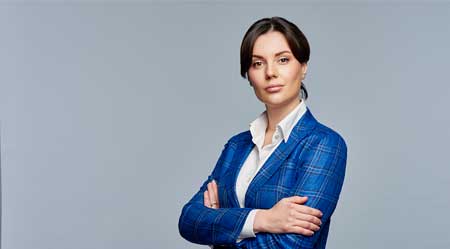 Natalia has also been a member of the supervisory board of Agroholding Avangard LLC (a related party of the Group) since 2013. Natalia also held a position of Chief Executive Officer of Avangardco IPL (2007-2009).

Natalia Vasylyuk graduated from Ivano-Frankivsk National University of Oil and Gas, in the field of Accounting and Auditing in 2005. 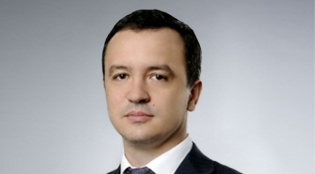 Ihor joined the team of Ukrlandfarming Group in 2014. Before joining, Ihor worked in Triyka Dialog Ukraine investment company, where he headed the investment and banking department and held a position of a managing director (2007-2013).

Earlier, Ihor headed Sberbank of Russia Corporate Banking Department. In 2004-2007 he worked in Moscow, and later in Ernst & Young Kyiv office, where he was a partner and managed a group of advisory services on transactions. Prior to that period, Ihor worked as Senior Consultant of GlobalSpec (USA), a major provider of Internet search and online advertising for companies in the industrial and scientific-technical sector where he was responsible for strategic planning and corporate finance (2002-2004). Since 2001 through 2002, he worked with energy products and assets as a part of a transactions structuring group in Enron Company. Ihor began his career in 1996 as a corporate restructuring consultant in a consortium of companies under the auspices of TACIS (Ukraine).

Graduated from Lviv National Polytechnic University. He obtained MBA diploma in the Business School at the University of Vanderbilt (USA) in 2001. 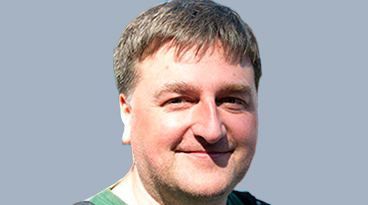 He has held the position of Head of Public Relations at the Group of Companies Ukrlandfarming PLC since 2019. Previously, he worked in Public Relations in cooperation with various NGOs and international projects, also as an editor and journalist for various media.

He graduated from Kirovograd Institute of Regional Management and Economics with a degree in Accounting and Auditing in 2007. Natalia has worked in the Group since 2008.

As of today, she holds the position of Deputy Chief Financial Officer of PJSC Riz Maximko, a subsidiary of the Group. Previously, she held a position of financial director of Spetsagroproekt LLC, a subsidiary of the Group (2008-2012). Natalia also managed the controlling and audit department of Agroholding Avangard LLC (2007-2008), and she was Deputy Director and Chief Financial Officer of Ank-Budinvest LLC in 2004-2007.

She graduated from the Ivano-Frankivsk National University of Oil and Gas in the special field of Economics in 1996. 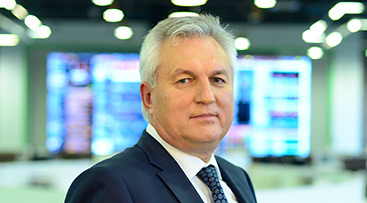 Viktor’s experience in Ukrlandfarming Group of Companies is 10 years. He has worked in the Headquarters since 2011. Previously, he worked as head of the IT department of the North-West region companies group. The scope of responsibility is the launch of projects related to automation of agriculture: accounting and control over the use of TMC (fuel, harvest accounting, etc.).

Graduated from Ternopil National Economic University with a degree of a Master of Economic Cybernetics.

Ukrlandfarming PLC is registered as a public limited shareholding company under the laws of Cyprus. Ukrlandfarming PLC directly or indirectly controls all companies of the group operating in Ukraine. The fact that the company is not listed on the Cyprus Stock Exchange implies that it is exempt from complying with the Cypriote Code of Corporate Governance, the group applies its own practices and procedures, as developed by management and approved by the Board of Directors.